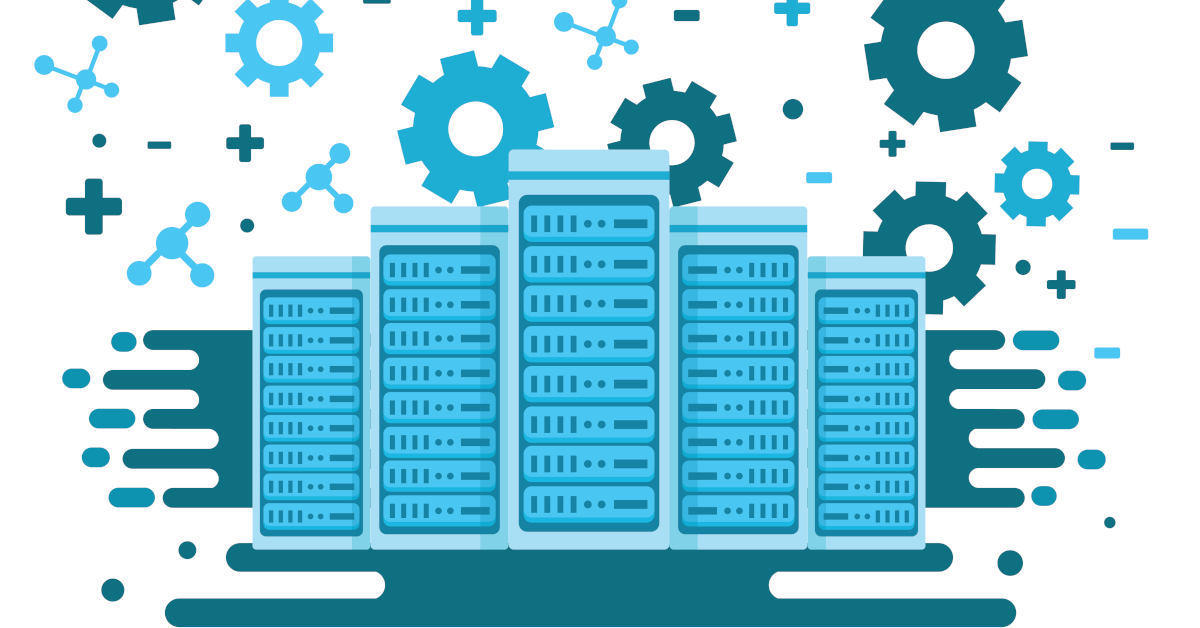 Due to the drop in purchase price and the growing adoption of SSD in the enterprise environment, companies are starting to show increasing interest in Non-Volatile Memory Express (NVMe) technology. The subject of NVMe is, however, "overwhelmed" by a series of preconceived ideas.

The phenomenon is visible not only globally, but also in Romania, as confirmed by the demands of organizations that have turned to the skills and experience that ECKO already has in this field. However, the interactions we have had so far on this topic have shown us that quite a few companies automatically associate technological novelties with a low level of applicability, business risks and high acquisition costs.

In regard to NVMe, these assumptions are not valid. This is why we wanted to quickly identify them.

#1 NVMe is a technology too new on the market...

Non-volatile Memory Express is no longer a "technological novelty", actually for almost a decade. NVMe technology began to emerge in the mid-2000s, along with the development of the Peripheral Component Interconnect Express (PCIe) architecture. In 2011, version 1.0 was released, followed a year later by version 1.1. NVM Express Work Group was set up in 2013 and version 1.2 specifications released in 2014. After two more years NVMe-over-Fabrics (NVMe-oF) have been defined, which were completed in 2017, and NVMe 1.3 was released last year. 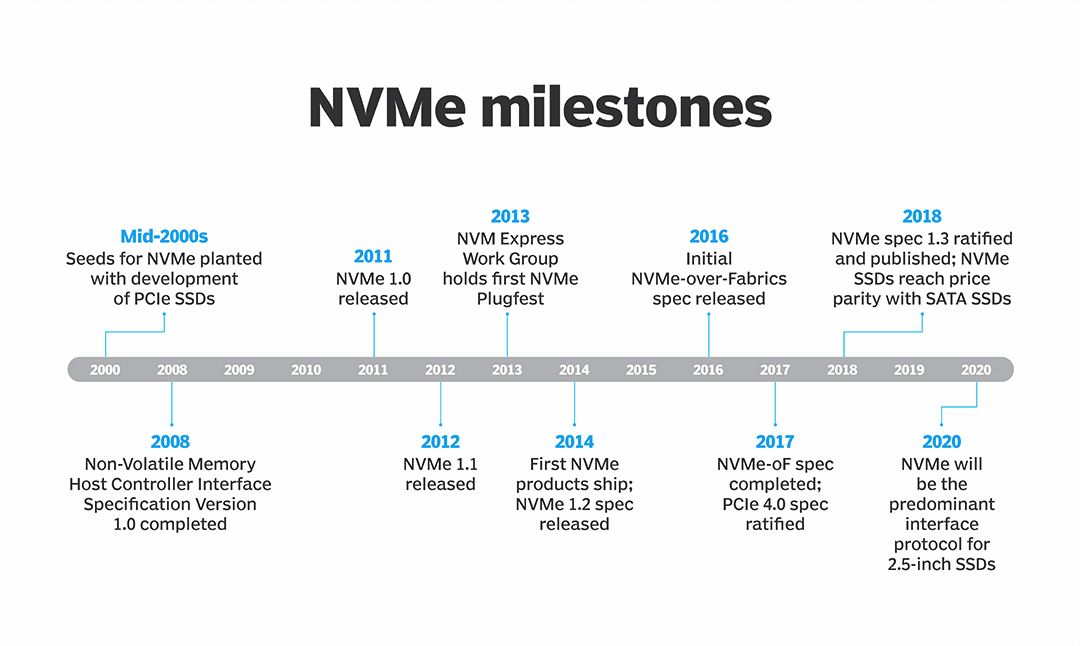 Its easy to see that, NVMe is a mature product that has overtaken the pioneering phase and is found in the major players in the storage market (IBM, Dell-EMC, HPE, Fujitsu, etc.). Even so mature that market analysts estimate that, starting in 2021, NVMe will exceed the SCSI interface on primary storage equipment, replacing it definitively in the coming years according to IDC FutureScape: Worldwide Enterprise Infrastructure 2018 Predictions.

... to have a broad applicability

In order to define the scope of application, lets first highlights what new features Non-Volatile Memory Express brings. NVMe is a specially designed logic controller designed to maximize the low latency of SSD storage devices and the parallelism of the PCIe architecture. The NVMe controller transfers the data stored on the SSDs to the processor through 65,535 parallel control queues, each of which can hold over 65,000 commands per queue. It is a huge jump to the "classical" Serial ATA (SATA) and Serial Attached SCSI (SAS) interfaces, which can only use a single queue that supports up to 32 and 254 commands respectively.

By using parallel control queues, NVMe exploits more efficiently the capabilities of multi-core architectures of the newer generation of processors. Thus, each application or process can have its own queue of independent commands, minimizing the impact on system performance as a whole. In addition, NVMe delivers more than twice as many IOPS per CPU (compared to SAS and SATA), with considerably less latency (64% to 51%, according to NVM Express).

There are two important benefits for high-speed transactional applications and solutions that need to rapidly transfer large volumes of data between processing units and storage media.

This explains why NVMe has become a common choice for companies that use intensive relational databases OLTP, Oracle, MS-SQL, etc. In such cases, the superior performance of NVMe flash storage systems reduces the number of physical servers and licenses (databases) to be purchased. NVMe also acts as a catalyst for real-time Data Analytics platforms (using NoSQL, Apache Spark, or SAP HANA), making best use of the microsecond latency of SSDs.

SSD based devices with NVMe Interface are increasingly used inb virtualization projects that need storage media capable of keeping up with large I / O request of VMs as well as organizations working with DevOPs environments in which performs multiple iterations in short time. Last but not least, NVMe flash storage solutions have become an essential component in Big Data, Machine Learning or Artificial Intelligence projects.

In the past 2-3 years, mid-sized companies have begun to adopt the NVMe interface on a large scale in order to achieve added performance and ensure a guaranteed return on investment, especially as purchase prices are becoming more competitive. The practical solutions that ECKO offers in this respect are detailed below.

#2 NVMe has a disruptive effect on business processes

A true claim, probably at the time of NVMe 1.0 release, when the rarity of technology was an inhibiting factor.

Over the last few years, however, several NVMe-ready flash storage solutions have emerged on the market that enable companies to expand their storage architectures with state-of-the-art high performance equipment without generating disturbances in business processes or IT budgets.

Such a solution, which ECKO has already deployed at several local companies, is the IBM Storwize V7000 that comes with a number of important competitive advantages:

#3 NVMe is a "novelty" too expensive for Romanian companies

Similar to SSD storage devices, increasing adoption rates directly affect market prices. Currently, the price of NVMe's flash solutions is approaching that of SSDs that use traditional interfaces, but the performance level of the latter is slightly inferior. The IBM Storwize v7000 not only adds extra performance, but provides a number of immediate benefits that can be quickly quantified: savings in storage space; increasing operational efficiency; making the existing investments more profitable./p>

In addition, the flexible configurations that ECKO can deliver ensure a competitive price to local clients. For example, an IBM v7000 gen3 - equipped with 25TB hybrid on NVMe Flash Core Module technology, as ultra-fast storage and 25TB on SAS 10k technology as a capacity tier - can have a startup price about €30,000.

If you are interested in investing in a high-performance storage solution capable of ensuring a guaranteed return, contact us!